skip to main | skip to sidebar

WITHIN THE WHITE CUBE: INTRODUCTION 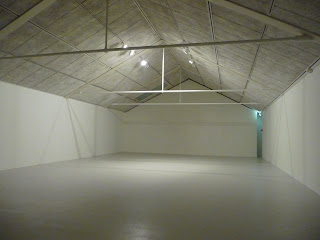 The White Cube Remix seeks to bring the joy of Creative Commons music
to the RAM Galleri, in Oslo, Norway.

Here the announcements for the project will be posted, explaining the project, as well as documentation of the results of this experiment in sharing culture, music and art.
Posted by The White Cube at 7:53 AM No comments:

THE CONTINUOUS PRODUCTION OF THE ULTIMATE WHITE CUBE?

Today at 10:00 a.m. PST (19:00 CET), as part of the ongoing discussion of the significance of creative commons licensing and sharing culture, and how those were manifest in The White Cube Remix Project, Gurdonark, Sackjo22 and Snowflake shall participate in a symposium hosted by RAM Galleri and moderated by architect Carl Mattias Ekman. Also participating will be Gisle Hannemyr of Creative Commons in Norway, Frode-Gether-Roenning of AHO, and Rolf Gerstlauer of AHO, and curator of The White Cube exhibition.

You can wach the proceedings live at scopia.arcit.no. The meeting number is 64858. You will need to download and install Scopia’s plug in for it to work. The symposium will also be recorded and posted on RAM Galleri’s blip.tv page, as well as on the AHO website.
Posted by The White Cube at 7:50 AM No comments:

After the opening, The White Cube Remix resonates, the experience still felt, even if not fully understood.

SackJo22 shares some of her thoughts here.

Rolf Gerstlauer, the curator for the exhibition shared the following:

The response in the space was overwhelming. For the longest time, none of the visitors understood what it was we all were so very excited about -- but they knew that they did partake in something large and greater than us. When you [were] reading your poem life, they started to sense a nature of the explosion. . .and when we all went silent and the music came to us, they were open and ready for it. . .people split and wanted to be along. They sat down on the floor and went silent. Some smiling, others with wet eyes. The music took the space immediately and all were suddenly alone but connected. The cube contained in. This is what we all sensed.

The response yesterday was as powerful. I got mails and sms' from people who were not able to be with us at that time. Students and teachers at the school approached and wanted to know. . .something more. . .They have been told about a global event, mesmerizing and unique music, a powerful contaminating enthusiasm by extremely charismatic people who are poets, lawyers, musicians. . .but most of all poets. . .or people. . .connected people. The Chinese students who did write and speak their poems for WhiteNoiseNewCube came with wonderful gifts and used all night after the event on Thursday to download all the 96 tracks. They travel today back to Beijing and will not be able to connect to ccMixter.org anymore. Not if they don't want to break the law and risk a five y ears sentence in jail. I'm not able to describe their happiness for what they own now and can take home. The Chinese, like few others, and in contrary to what 'most of us believe,' do live contained in, and thy are as few others humble about it. . .

. . .Eli and a friend of hers were sitting in the window sill. . .they were completely mute, their mouths open, their eyes pointed towards the re-opening of James and Davidson. I just watched. Eli is beautiful. When "We Start' dies out Eli said 'hmmmm' and I said 'hello.' She was there all day and could not stop listening. Many visitors could not stop listening. . .The music is created in ccMixer.org but it plays beyond what is describable when it is played in front of people.

and so it begins! thoughts on the The White Cube Remix Opening. 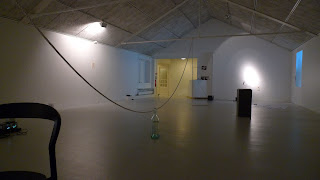 
The White Cube Remix opened at 7:30 p.m. on 17 December 2009 at the Ram Galleri in Oslo, Norway. The sound installation serves as part of the celebration of the 20th Anniversary of the Museum. The first event of the evening was the showing of the video for "The Mackerel Song", by Anchor Mejans and St. Paul. Kristine Fresvig, the gallery acting manager, began with an introduction. She presented mixter St. Paul, who had ridden the train in from Stockholm, with a Akvavit, in symbolic thanks to all the mixters.

Exhibit curator Rolf Gerstlauer then introduced the exhibit. He explained about the White Cube in art and in architecture, as a mental construct which the exhibit explores. The anniversary exhibit aims to "explode" this white cube. The sound installation by the mixters was part of this process.

A series of video interviews with the mixters ensued. Snowflake and Spinningmerkaba, from San Diego, California, in the USA, are not only mixters but also affiliated with Artisteh Media, the new owners of the ccMixter operations. They discussed the excitement of the ccMixter community.

The video then went to Gurdonark, in his law office in Garland, Texas, in the USA, who explained the concept of the White Cube Remix, of creative commons sharing and of the nature of the pieces.

Finally, a video link with Sackjo22 was made, in which she further explained the project, and concluded with a live reading of her poem "The White Cube".

The RAM Galleri then started the small mp3 player for which Sackjo22 had created the playlist and Gurdonark had loaded with the songs and transmitted on to Oslo. The recording of the poem began, and then the mixters' remixes began to play. The audience listened. The music plays on.

Gurdonark says "The experience of seeing the RAM Galleri via skype video-link as this event unfolded was among the great satisfactions of my artistic life. The hard work by the Rolf Gerstlauer and the museum personnel, as well as Artistech Media, showed through in everything in the opening which was a fascinating remote look into a vibrant gallery space. I sometimes say that I write music for daydreams. The opening was like the most pleasant daydream imaginable, made real. When Sackjo22's poem began to play in the gallery, the first tremors within the cube began. I am not sure if the foundations of the cube are shaken, but I am certain that the foundations of my imagination and sense of possibility are strengthened beyond all disrepair".

Sackjo22 says: "Our intention with this project was to bring an international community of artists into the gallery space as an explosive force. As the mixes came into ccMixter, the mixters' creative energy was apparent, but we had no idea, until the opening, how truly powerful we are as a community. When the music started playing at the opening, I saw via the webcam, the gallery visitors'rapt attention to the sound -- our sound -- and I did not know whether to hold my breath or to breathe -- as that moment was so full of attention and receptiveness to what The White Cube Remix brought to RAM Galleri that I was overwhelmed by what this event suggested. Through technology, we connected to each other in an unexpectedly intimate way, so that boundaries of space and time had been shattered."
Posted by The White Cube at 4:23 PM No comments: 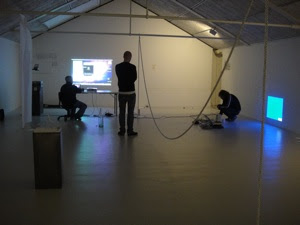 The opening of The White Cube Remix project at the RAM Galleri was truly an extraordinary event, bringing together participants from all over the world via technology, demonstrating, in the most practical way, how the means by which we can create and experience art is evolving.

Gurdonark, who was present at the opening via webcam, wrote about his impressions of the opening, and you can read them here.

St. Paul, who was physically at RAM Gallery for the opening, wrote about his impressions here. The photo above was shot by St. Paul and shows the gallery being prepared for the opening.

Additional thoughts and impressions of the opening are shared on the ccmixter.org forum here.

RAM Galleri has also been posting video of the various events for the exhibition. We soon hope to see video from the opening of The White Cube Remix. You can visit RAM Galleri's blip.tv page here.
Posted by The White Cube at 10:22 AM No comments:

Video makers use the White Cube Remix songs to create new videos. We're fascinated to see the broad range of approaches, from abstract art to nature.

Click on this link to see the White Cube Video page. If you make a White Cube video, please let us know.
Posted by The White Cube at 6:57 PM No comments: 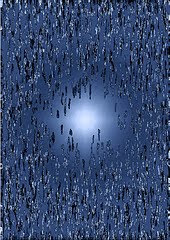 You can read our artist statement and the bios for Gurdonark and SackJo22 here.

Image by Hepepe.hu
Posted by The White Cube at 11:12 PM No comments: 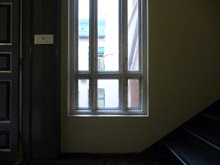 Click here to visit Ram Galleri's website
for more information about the gallery,
its current and upcoming exhibitions.
and the space itself.

The White Cube by SackJo22
Available for download at ccMixter.org

Winter Lights Drones ... by Gurdonark
Available for download at ccMixter.org.